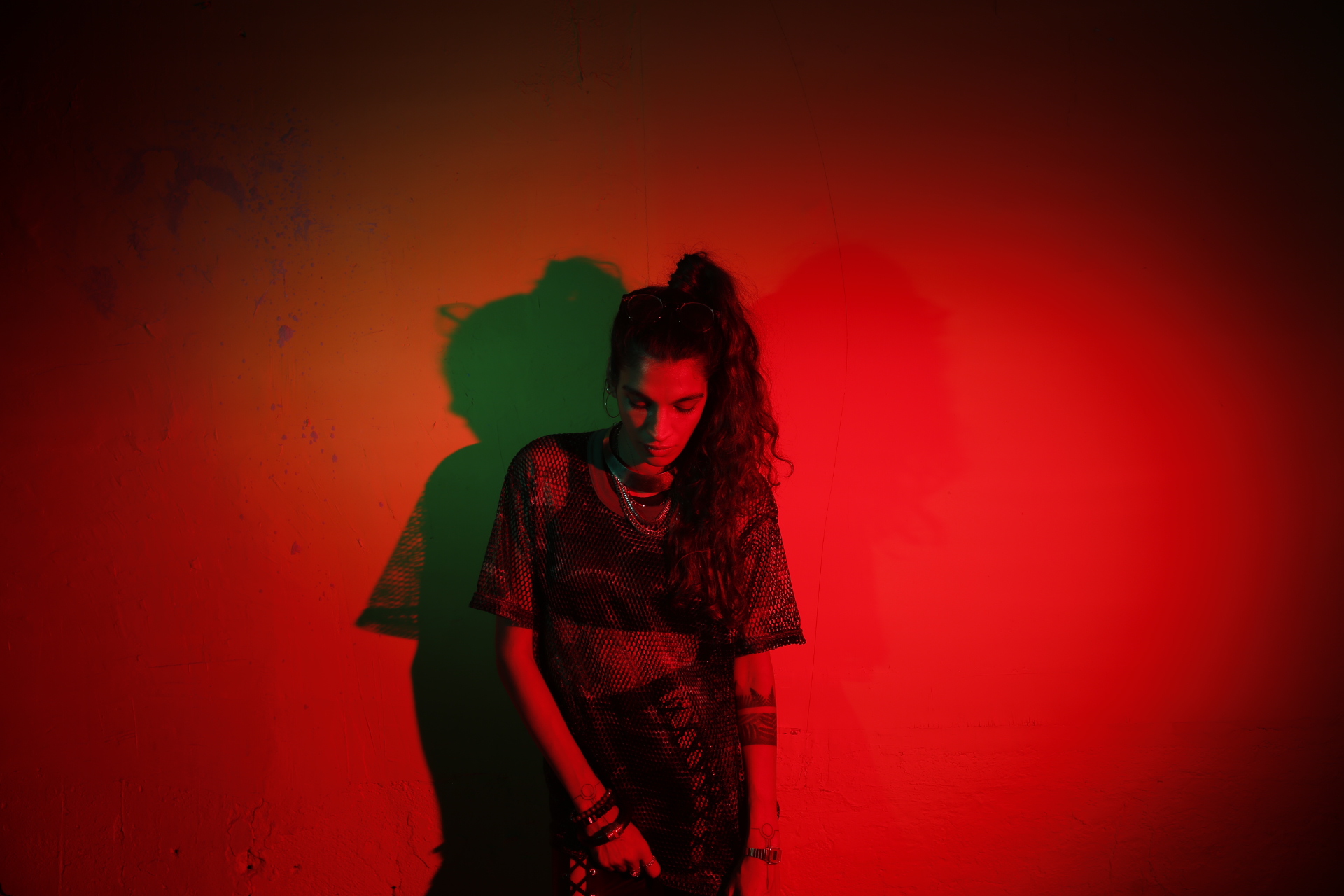 Her uniqueness in creativity stems from combining multidisciplinary art with activism, which stands out as an independent identity and voice of the generations.

Anushka Manchanda is a revered artist of 20 years in the Indian music industry, that precedes her new life as artist Kiss Nuka. A musician and a creative entrepreneur, Anushka Manchanda has had a versatile career spanning across all forms of entertainment.

She is a music producer, composer, playback singer, film actor, editor and a celebrated indipop artist. Her journey began at age 17, winning her shot to fame winning one of India’s most explosive reality show – Popstars. Dating back to her days as part of all girl band ‘Viva’ Anushka gained iconic status with the youth moving on to hosting shows as a VJ for Channel [V], appearing on Mtv, and being a Fear Factor winner.

Anushka has never been afraid to stand up for what she believes in, using her platforms, her music and art to amplify messages of equality and a more sustainable earth.

BOLLYWOOD: Anushka took the Bollywood music industry by storm, with her very first track Golmaal going platinum. Her first Telugu and Tamil tracks Mila Mila and Thee Pidikke were superhits. You can hear her voice on over a hundred songs in multiple languages like English, Hindi, Tamil and Telugu, in collaborations with music composers and artists across the country and around the world..the likes of which include Vishal Shekhar, AR Rahman, Shankar-Ehsaan Loy, Salim-Suleiman, Pritam, Amit Trivedi, Clinton Cerejo, Mikey Mc Cleary, Akcent and Chicane. You will also hear Anushka’s signature husky texture as the voice behind brands like Vodafone, Sony, Levi’s, Lakme, Nokia, Benetton, Nivea, and Dove.

ACTING: Anushka featured as one of the lead actors in the international, critically acclaimed film Angry Indian Goddesses. Directed by award-winning filmmaker Pan Nalin, the film premiered at the prestigious Toronto Film Festival and won the runner up prize to the Audience Choice Award.

Anushka’s name featuring in the list of 15 breakthrough actors from the festival. Angry Indian Goddesses went on to be released in multiple languages in over 70 countries around the world, winning People Choice Awards at many films festivals, including the Rome Film Festival in Italy. The film is now available on Netflix.

MUSIC PRODUCTION: Keen on expanding her skillset and taking her love for sound a step further, Anushka took a summer off to study music production in New York. Now she and her brother Shikhar Yuvraj Manchanda work together and have produced music for brands like Reebok, JBL, Jack & Jones, NBA, Chandon and Swiss Tourism at their studio The Beast India Company.

INCINK RECORDS: Her keen insight and 18 years of experience with a micro and macro view of the industry led her to be signed on as the Music Head along with her Shikhar for the Indian art collective and music label IncInk Records, founded by Indian actor and audiophile Ranveer Singh, and young filmmaker Navzar Eranee. At IncInk they define the sound of the label by incubating now talent and producing music. This year the label was featured as part of Mixmag’s Kings Of Culture Docu-series. Mixmag is a British electronic dance and clubbing media brand and magazine published in London.

FASHION: Featuring on multiple best dressed lists for Cosmopolitan, GQ, Harper’s Bazaar, and Elle over the years, Anushka’s individualistic style and interest in experimentation has made her a household name with fashion labels across the country.

She promotes plant-based beauty products and sustainable fashion through her choices and associations.